Our Story:
David’s career at Chick-fil-A started while in college at the University of Arkansas in December 2006.  Chick-fil-A was a great opportunity that allowed him to earn and gain experience as he completed his Bachelors degree in pursuit of earning entrance to Medical School to become an Orthopedic Surgeon. In his time at Chick-fil-A, David learned how to lead and grow as business. With the tutelage of the Owner/Operator, David had an opportunity to learn what it took to become a successful businessman. Chick-fil-A was a great opportunity to gain knowledge about all the aspects of a business. 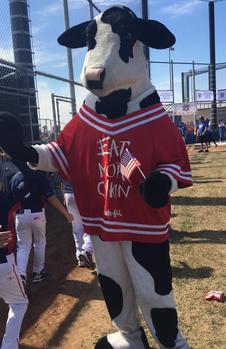 During this time, David met the woman that would one day become his wife. Her name was Angela and she just happened to be the General Manager of Chick-fil-A.

When David was close to graduating from college and with a wedding to Angela coming up, he decided that it would be best to leave Chick-fil-A and focus on taking is Medical Exams for admission to Medical School. With many great memories and many valuable skillsets learned about running a successful business, David left Chick-fil-A in April of 2008.

After a year of being back in the business David earned an opportunity to work for Chick-fil-A as a Corporate Store Manager plying his trade and showcasing his skills. After 9 months on the road and many lessons learned, David was selected to open up a new Chick-fil-A restaurant in Yorba Linda, CA in September 2009. The restaurant was scheduled to open on January, 14th, 2010.

So David moved with his wife and baby daughter to a new adventure on the West Coast. It was a crazy, chaotic time of life with the uncertainty of what business would look like since Chick-fil-A’s were relatively new on the West Coast. David’s family now has 3 beautiful daughters and a crazy little boy all under the age of 8!

It has taken many years and lots of long hours of getting to where David’s business is now. The business has almost doubled in volume since the doors first opened, with the last two years being the most rewarding and most challenging as sales have grown about 35% in those two years. David’s love of developing leaders and having a team committed to delivering the best experience for our guests, along with having a great leadership team that has a passion to be the best has allowed us keep growing into 2016.

Chick-fil-A Yorba Linda has a great future ahead of us, and with great people with a passion to do great things we know that no goal is too high if we climb with care and confidence.